Working to Protect the Best Interests of Your Child & Your Family 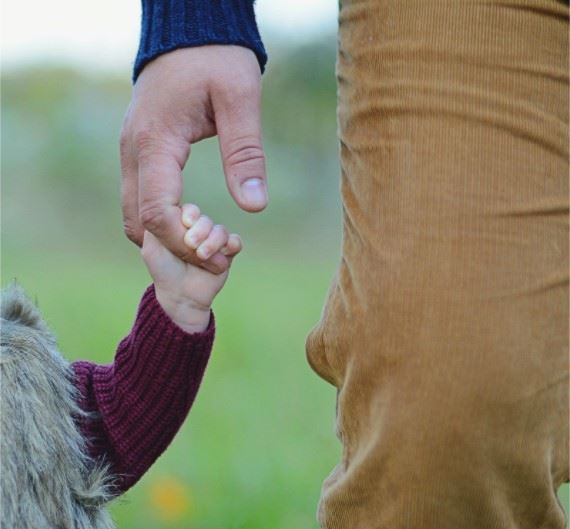 When two parents separate or divorce, the issue of child custody is the most important—and often the most contested—issue involved. While parents are permitted to make decisions regarding child custody and visitation, if they cannot come to a mutual agreement on the matter, they will have to settle the issue in family court. When this happens, a judge decides where the child will live, who will be provided visitation and under what conditions, as well as who will be able to make decisions about the child’s education, healthcare, and upbringing. All of this is done according to the judge’s determination of the “best interests of the child.”

At Ball, Kirk & Holm, P.C., our Waterloo child custody lawyers can help you navigate this incredibly challenging and emotionally difficult time. We prioritize custom legal solutions, allowing parents to work together to find agreeable resolutions that actually work for their families. Attorney Jennifer L. Chase is a trained and certified family law mediator and collaborative law attorney; she can help you seek alternative dispute resolution strategies outside of the family court system. However, when this is not possible, our child custody attorneys in Waterloo are prepared to aggressively advocate for you and your child at trial.

We encourage you to learn more about how our family law team can help you with your child custody case. Please call us at (319) 220-0416 to schedule a free, confidential consultation. We have locations in Iowa City and Waterloo, and proudly serve the entire state.

Sole physical custody is when the child lives only with one parent. In sole custody arrangements, the other parent may have visitation rights if the court deems this appropriate. Sole legal custody is somewhat rarer; it occurs when only one parent is permitted the right to make decisions on behalf of the child.

How Is Child Custody Decided in Iowa?

When determining who will have physical and/or legal custody of a child, Iowa courts weigh a variety of factors. Importantly, the court does not automatically favor the mother (or any one parent) over the other; instead, it looks at various factors as they pertain to both parents and determines how to award custody based on these elements.

Some of the many factors involved in determining who will be awarded custody (and to what degree) include:

Generally speaking, Iowa courts tend to favor joint legal custody, but there is no preference for joint physical custody. In other words, while the court tends to prefer to grant decision-making rights to both parents, it does not like to have the child living equally in two different locations. Rather, the court prefers to award sole physical custody to one parent and visitation rights to the other. This is because the court typically believes it to be in the best interests of the child to live primarily with one parent while still seeing both parents.

A parent can ask for joint physical (or legal) custody of their child, but it is often up to the court to decide if joint custody will be awarded. The court may deny a parent’s request for joint physical custody if it determines that this is not in the best interests of the child.

Should I Hire a Lawyer for Child Custody?

There are some simple questions you can ask yourself to help determine whether or not you should hire a lawyer for your child custody case:

If your answer is "yes" to any of the above questions, you should seriously consider hiring a custody lawyer to represent you.

What Happens If a Parent Refuses to Allow Visitation?

When there is court-ordered visitation, meaning a judge granted one parent visitation rights as part of the child custody arrangement, such visitation rights must be obeyed. A parent cannot deny the other parent the right to see his or her child under any circumstances (including failure to pay child support) if the court has allowed visitation.

However, if there is no court-ordered visitation, the custodial parent (that is to say, the parent with whom the child lives and/or the parent who has legal rights to make decisions for the child) can decide what is best for the child. This may include refusing to allow the other parent visitation.

Committed to the Iowa Community
Meet Your Team
/

Navigating the child custody process can be extremely difficult and emotionally fraught. However, it is possible in some circumstances to reach an agreeable solution that works for you, your child, and your family. At Ball, Kirk & Holm, P.C., our child custody lawyers in Waterloo are here to help. We will take the time to meet with you, listen to your story, and understand your particular goals. From there, we can find a custom legal solution that protects your rights and the best interests of your child. If necessary, we are well-equipped to represent you in family court.

For more than 60 years, Ball, Kirk & Holm, P.C. has been representing individuals and families in Waterloo and throughout Iowa. Learn how we can help you with your family law matter today.

Call our office at (319) 220-0416 or submit a confidential case evaluation form to request a free, no-obligation consultation. Proudly serving Waterloo, Iowa City & the rest of the state.